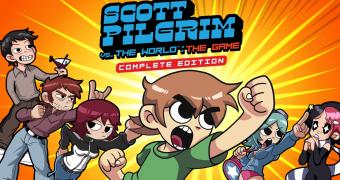 Rapid series of punches to the right, knocking down one enemy. Jump and strong attack to the left, pushing a bigger one back. Slide to the right and then move around a little to avoid a charge attack. Call in a buddy to help with the rest of the group. Then pick up a baseball bat to beat on a group before one of them throws a bottle and knocks my avatar out. Quick use of some gut action to get out of the melee and then a careful dance to make sure that I can catch each enemy one-on-one to finish them.

Scott Pilgrim vs. The World: The Game – Complete Edition is a Ubisoft remaster of the original 2010 title that can be played on the PC, via Ubisoft Connect, or streamed on Stadia, the Xbox One, the PlayStation 4, and the Nintendo Switch. The title includes all the downloadable content released. It is otherwise a very faithful recreation of the 10 years old title, including the pretty incredible soundtrack that many mourned when the game was de-listed.