The Laptev Sea, which lies north of Siberia, is sometimes called an “ice factory” or the “birthplace of ice” because it is a major source of Arctic sea ice. The chilly Russian sea, which normally starts to freeze in autumn, pumps hundreds of thousands of square miles of sea ice into the Arctic Ocean over the winter.

Last year, following a historic heatwave across Siberia, the Laptev Sea did not freeze in October for the first time on record, and its ice production in November was unusually “sluggish,” according to NASA.

Evgeny Chuvilin, a geoscientist at Skolkovo Institute of Science and Technology (Skoltech) in Moscow, Russia, witnessed these weird conditions firsthand. From September 26 to November 4, Chuvilin led a scientific expedition across the Laptev Sea, as well as the neighboring Kara and East Siberian Seas, to collect sediment samples from the seafloor. The international team of researchers was able to travel more than 900 miles from the Siberian coast, departing and returning to the port of Arkhangelsk.

“The lack of ice conditions allowed the expedition to research the Arctic seas greatly from the coast up to the continental shelf,” Chuvilin said in an email.

While the absence of sea ice was striking, Chuvilin and his colleagues were most interested in the murky environment within the Arctic continental shelf, located deep under the waves and even the seafloor. The team had set out to study permafrost, a layer of frozen earth, within the submerged shelf.

Rich in organic carbons, permafrost has become an important factor in models of global climate change because it releases greenhouse gases as it thaws, which scientists worry could trigger feedback loops that will amplify global warming.

During the expedition, the Skoltech team collected cores of the Arctic seafloor at depths ranging from 20 to 400 meters, which were brought back to the Skoltech Center for Hydrocarbon Recovery for analysis. Though the data is still being processed and compiled into a research paper, the preliminary results show that the subsea permafrost is in a state of “progressive degradation” that can “undoubtedly be related to global climate change,” Chuvilin said.

“The reduction in the area of sea ice increases wave activity; storms occur, which leads to an active mixing of water masses up to a depth of 40-50 meters,” he explained. “All these parameters accelerate the degradation of subsea permafrost and contribute to the release of methane into the atmosphere that is soluble in seawater, and methane contained in bottom sediments.” 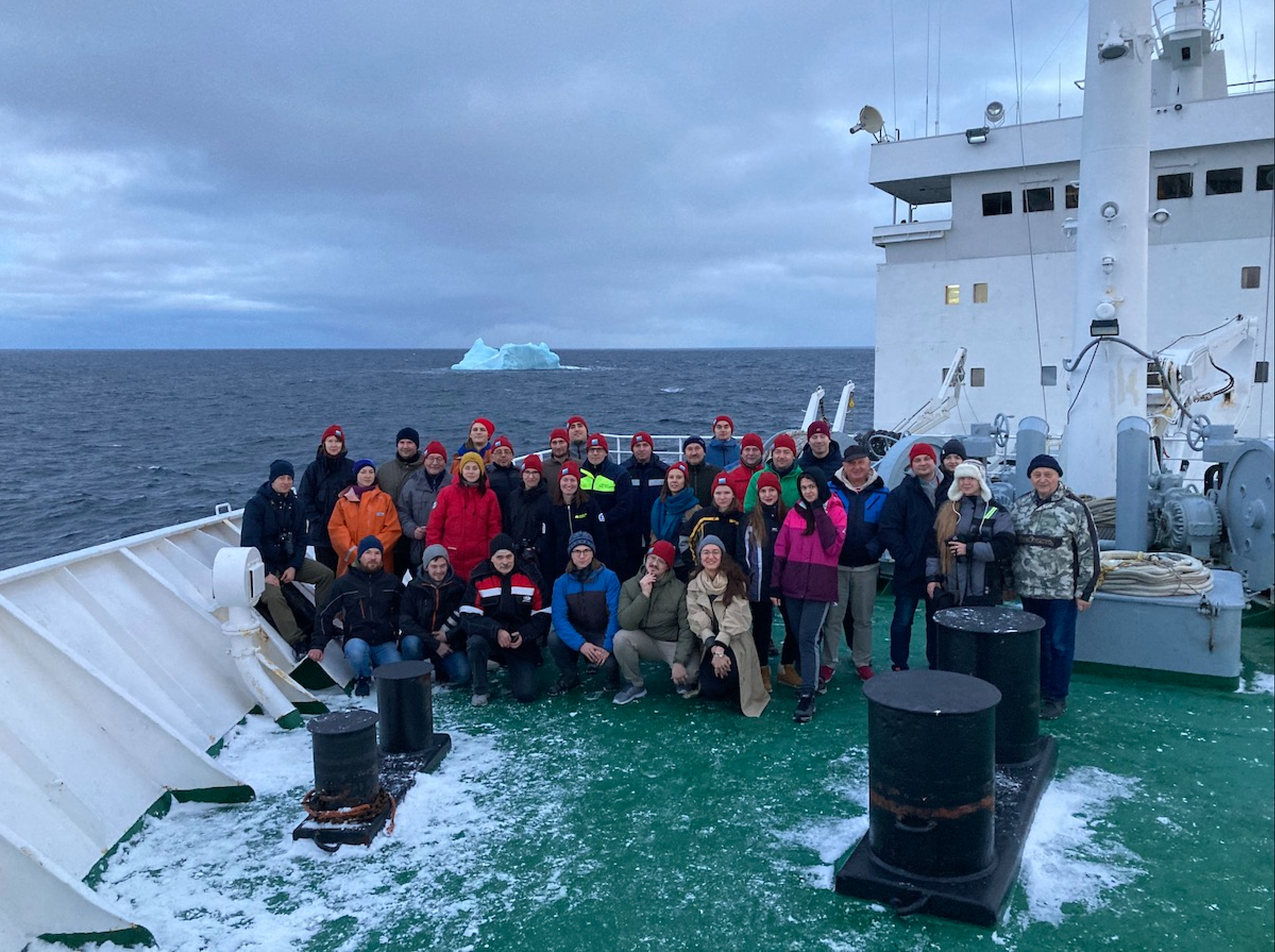 This troubling trend corroborates similar findings about the rapid thaw of permafrost on land, a problem that has put many Arctic communities at risk of significant infrastructure damage. While the degradation of both types of permafrost is concerning, far less is known about subsea permafrost since it is more difficult to access and study, which is one of the motivations for the recent Skoltech expedition.

While the cores collected by the team did not contain subsea permafrost—Chuvilin said it would take “special parametric drilling” to reach that layer—the bottom sediments still revealed plenty of evidence for subsea permafrost thaw.

“There was no drilling during the expedition because the permafrost’s upper boundaries are located deeper than the bottom, so it was not directly tested,” Chuvilin said. “Still, numerous geophysical data were obtained that show the permafrost’s ‘roof’ and the contours of its distribution under the sea. This geophysical data is being processed, and soon these new results will be presented to the scientific community.”

Given how little is known about subsea permafrost, it’s difficult to estimate the volume of greenhouse gas this underwater layer will belch out over the coming decades, as global temperatures continue to rise. This type of permafrost is quite distinct from its counterpart on land, so it will be important to understand its unique composition, distribution, and behavior in order to model the impact of its degradation on the global climate.

To that end, the Skoltech team plans to conduct more Arctic marine expeditions with interdisciplinary specialists who can shed light on the hidden shift happening in this remote subsea shelf, and its role in the climate of the future.

“First of all, it is necessary to thoroughly study these processes and understand the mechanisms and role of various factors in these changes,” Chuvilin concluded. “This requires significant material and intellectual resources and the joint efforts of scientists and specialists from various countries in this direction.”