“Liquid glass” may sound like a flashy lipgloss or a slick decorative material, but it’s actually something much more substantive: a new state of matter.

Twenty years after the existence of liquid glass was first predicted, scientists have now created and observed this novel form of matter, a discovery that will open new windows into the bizarre properties of glass.

A team co-led by Matthias Fuchs and Andreas Zumbusch, professors at the University of Konstanz in Germany, were able to observe “hitherto unknown structures” that “give insight into the glass transition and reveal an additional state of matter,” according to a new paper published in Proceedings of the National Academy of Sciences.

It’s difficult to imagine a world without glass, given that it is a key component in everything from common cookware to sophisticated telescopes. But despite the abundance of glass in nature, and the myriad glass-making techniques pioneered over millennia, there are still many unanswered questions about this versatile material’s core properties.

One of the characteristics that distinguishes glass from other substances is that it does not neatly form crystalline structures as it hardens into a solid. Instead, glass preserves particles in a disordered mix of orientations due to processes that have yet to be fully explained.

To study the weird mechanics of certain materials, scientists often use mixed substances known as “colloids,” which contain molecules in different phrases of matter. For instance, jams and jellies are colloids in which solid particles of fruit are suspended in gelatinous pectin and liquid water.

Because particles inside colloids are visible to specialized microscopes, they are used as stand-ins for the atomic process on much smaller scales that might be occurring inside a material.

“Being big enough to allow their real-space observation using optical microscopy, but small enough to remain suspended over extended periods, colloids in such model systems are employed as ‘big atoms’ that can be investigated on an individual particle basis,” said the team in the new study.

“By analyzing the trajectories of thousands of particles, detailed insights into glass phenomena, such as dynamic heterogeneities of collectively rearranging structures, have been obtained.”

Past experiments with glass have used colloids containing spherical solid particles, which don’t have any clear orientation because of their symmetrical shape. Fuchs, Zumbusch, and their colleagues changed this formula by manufacturing plastic particles with asymmetric ellipsoid forms that more closely align with the molecules found inside glasses in nature. 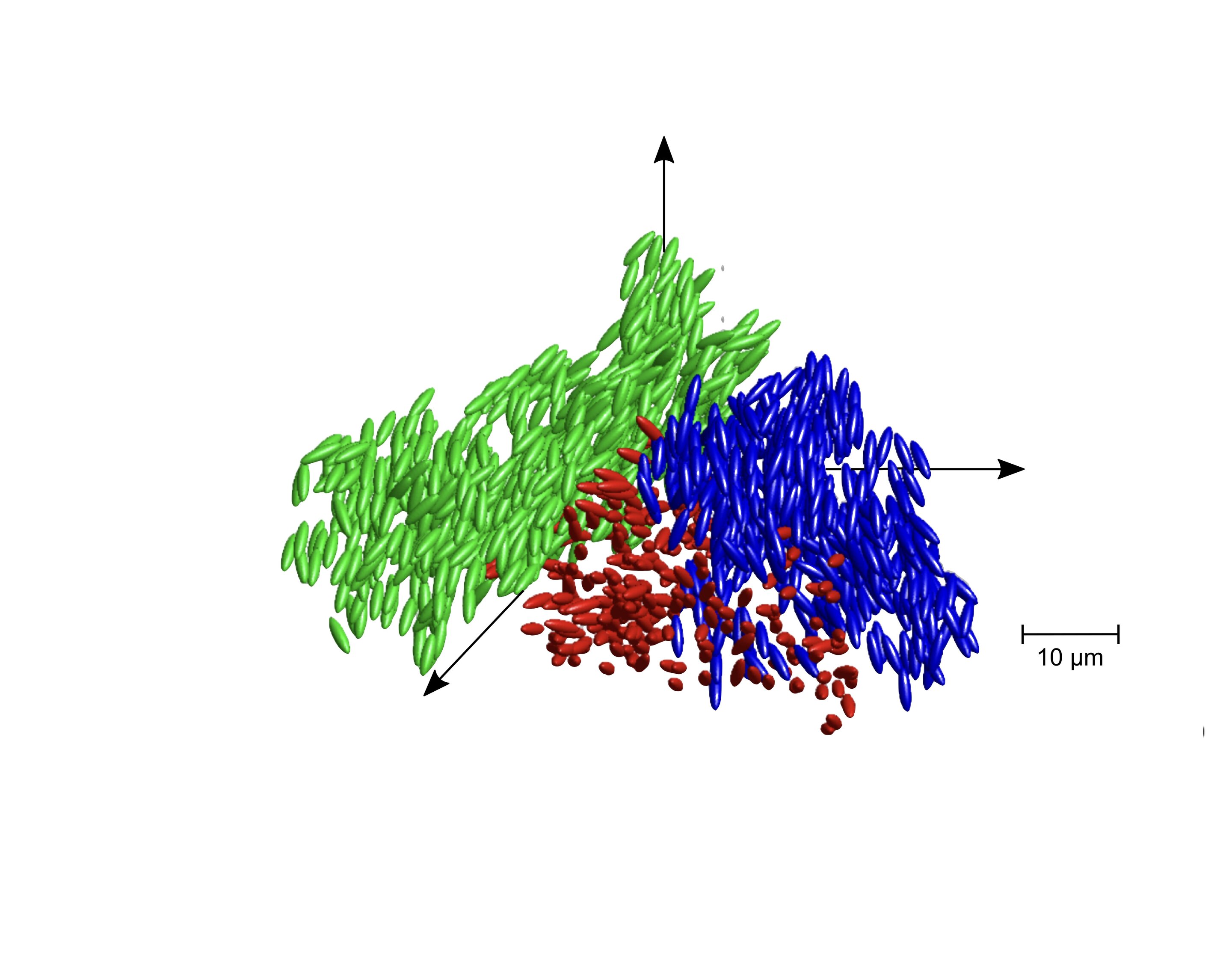 “Due to their distinct shapes, our particles have orientation—as opposed to spherical particles—which gives rise to entirely new and previously unstudied kinds of complex behaviors,” said Zumbusch in a press release.

With the help of confocal microscopes, the team observed the behavior of the particles inside a solvent. At certain densities, the asymmetric particles stopped rotating, though they were still able to move around and cluster together.

This capacity to travel, but not spin, is the hallmark of this new “liquid glass” state of matter, which is “expected to also have implications in liquid crystal formation,” according to the study.

“This is incredibly interesting from a theoretical vantage point,” said Fuchs in the same release. “Our experiments provide the kind of evidence for the interplay between critical fluctuations and glassy arrest that the scientific community has been after for quite some time.”

24 mins ago
wpDiscuz
Share this Article
Email sent!
We use cookies to ensure that we give you the best experience on our website. If you continue to use this site we will assume that you are happy with it.OkNo