It reads like a scene that might unfold on fictional planets like Arrakis or Tatooine: giant worms that lurk in underground lairs “until they explode upwards grabbing unsuspecting prey with a snap of their powerful jaws” then pull the “still living prey” into the sediment to be consumed.

But those quotes aren’t from any science fiction novel; they are from a study published on Thursday in Scientific Reports that describes the feeding behavior of the Bobbit worm, or “sand striker,” a living species of marine worm that hides in the seabed in order to ambush its targets.

In the new study, scientists led by Ludvig Löwemark, a marine geoscientist at National Taiwan University in Taipei, announced the discovery of a possible extinct ancestor of the Bobbit worm, measuring some two meters (or six feet) in length, that terrorized Eurasian seafloors some 20 million years ago.

Marine worms have been roaming the oceans for hundreds of millions of years, but they are primarily made of soft tissue, which does not fossilize as easily as bone. As a result, it is extremely rare to find traces of these animals in the fossil record.

But while their bodies are ephemeral, Löwemark and his colleagues identified their L-shaped burrows, which measured about two meters in length and two to three centimeters (about one inch) in diameter.

“The worm probably was similar in size,” Löwemark said in an email. “The thin, smooth lining around the burrow suggests that the worm filled out the tube most of the time.” 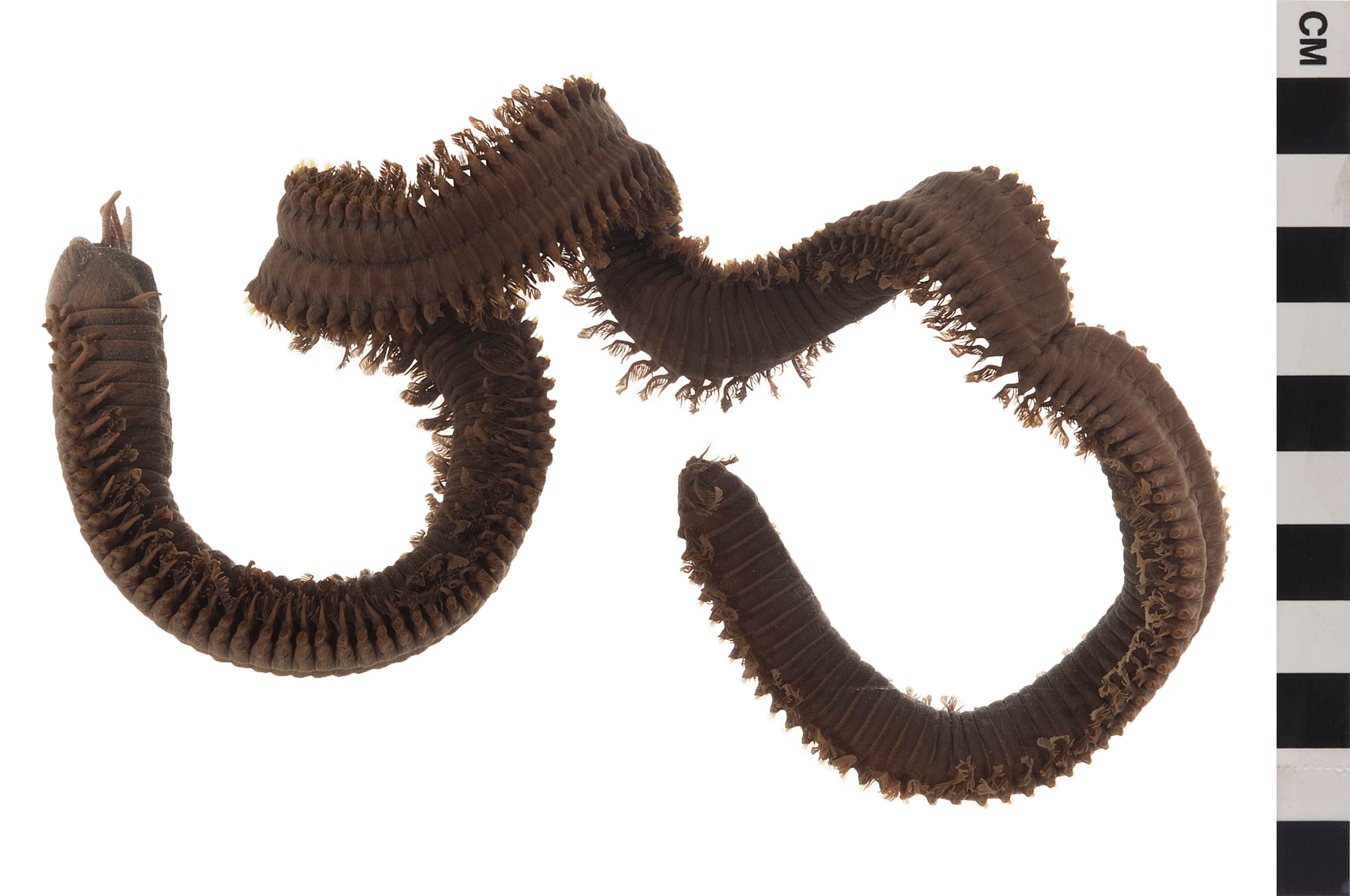 The fossilized burrows represent a “new ichnogenus,” meaning a group of animals identified by the traces they left behind rather than their bodies, which the team named Pennichnus. The discovery is based on an exhaustive survey of 319 trace specimens preserved in sandstone sediments across Yehliu Geopark and Badouzi promontory in Taiwan.

“We studied all the specimens that we could find in the field by taking measurements on length, diameter, burrow structure etc. and a selected number of specimens were cut out using a rock cutter and analyzed in the lab,” explained Löwemark. “In addition, a few samples were polished in the field using a grinder to allow us to study serial vertical sections or the specimen by removing millimeter by millimeter of rock.”

“In most cases, we could only see a part of the trace fossil because it is so large,” he added, “but in a few lucky instances we found almost complete specimens.” 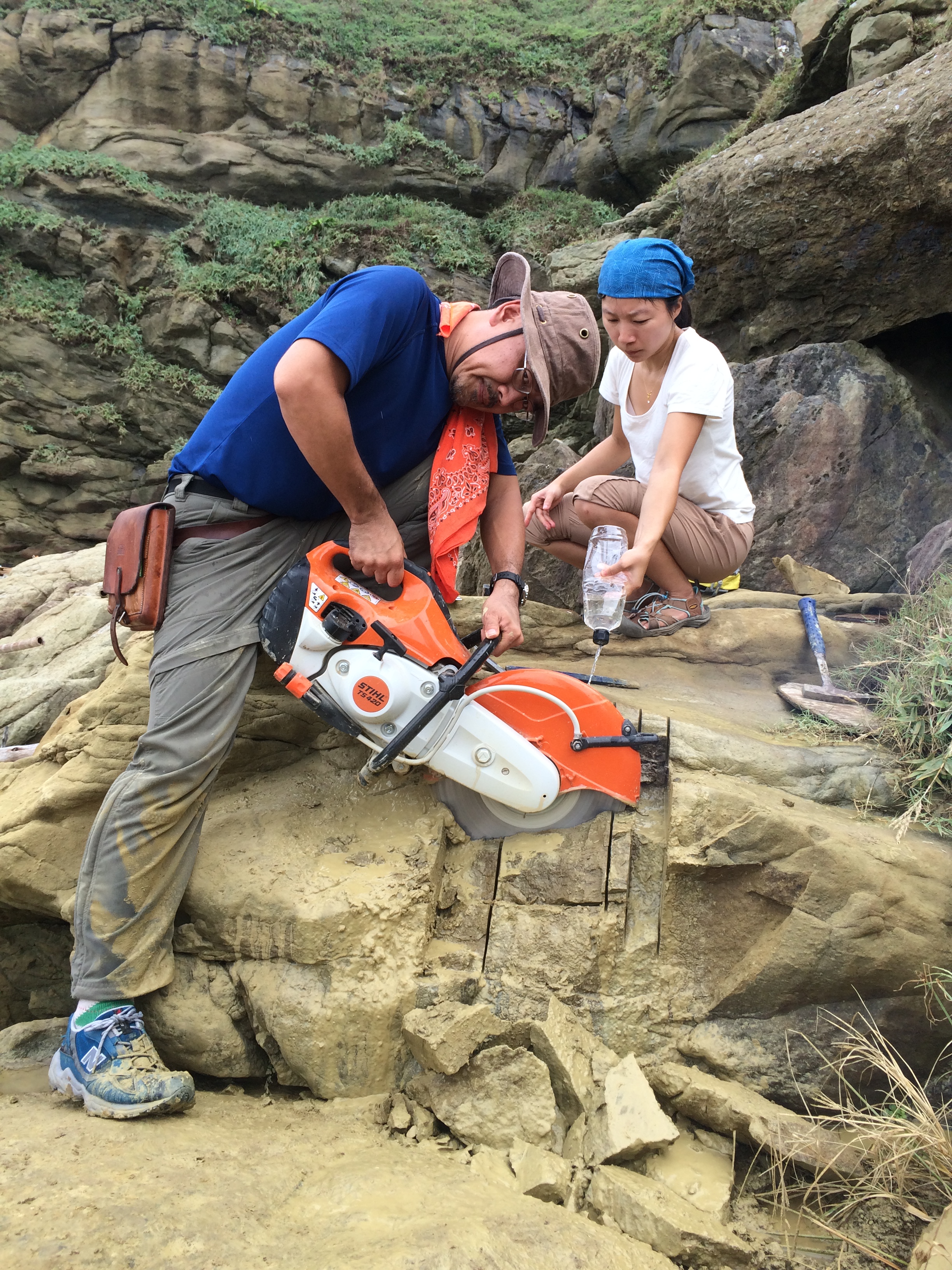 Taken together, the specimens paint a picture of a spectacular ambush predator that probably used similar hunting tactics to modern day Bobbit worms, which can also grow to two or three meters long. Collapsible feather-like structures found in the trace fossils suggest that the burrows were partially damaged by each ambush, only to be repaired by the worms and strengthened by mucus they secreted along the walls, which appears to have enriched the sediments near the tops of the burrows with high iron concentrations.

“When prey came close to a worm, it exploded out from its burrow, grabbing and dragging the prey down into the sediment,” the authors wrote in the study. “Beneath the seafloor, the desperate prey foundered to escape, leading to further disturbance of the sediment around the burrow opening.”

“The interpreted activities of the Pennichnus trace maker records a life and death struggle between predator and prey, and indirectly preserves evidence of a more diverse and robust paleo-ecosystem than can be interpreted from the fossil and trace fossil record alone,” the team added.

Löwemark and his colleagues hope to learn more about these marine worms, both extinct and living, and their nightmarish predatory success, which has persisted over huge timescales.

“An interesting question is why this trace fossil is confined to a few distinct layers although similar environments existed in this region for several million years,” Löwemark concluded. “I would also be curious to study modern Bobbit worm burrows of course!”