In a major breakthrough, scientists have captured the first direct images of the ghostly cosmic web, a network of filaments that scaffolds the entire universe, lurking in the dark and largely vacant medium between galaxies.

Massive threads made of dark matter and hydrogen gas, which stretch an astonishing 15 million light years across, were observed in the early universe by Roland Bacon, a CNRS researcher at the Centre de Recherche Astrophysique de Lyon, and his team.

The discovery represents “a milestone in the long search for the cosmic web signature,” according to a study published on Wednesday in the journal Astronomy & Astrophysics.

In addition to these unprecedented observations, Bacon and his colleagues detected the presence of billions of previously unknown dwarf galaxies in this ancient era, when the universe was between one and two billion years old. While these galaxies are too small and distant to be directly observed, their eerie glow lit up the hydrogen gas in the cosmic web filaments. According to the team, this finding has implications for models of galaxy formation.

“I think one of the important things about this discovery, which is a bit unexpected, is to see that probably the light of the filaments is coming from this huge population of very tiny galaxies that actively form stars,” Bacon said in a call. 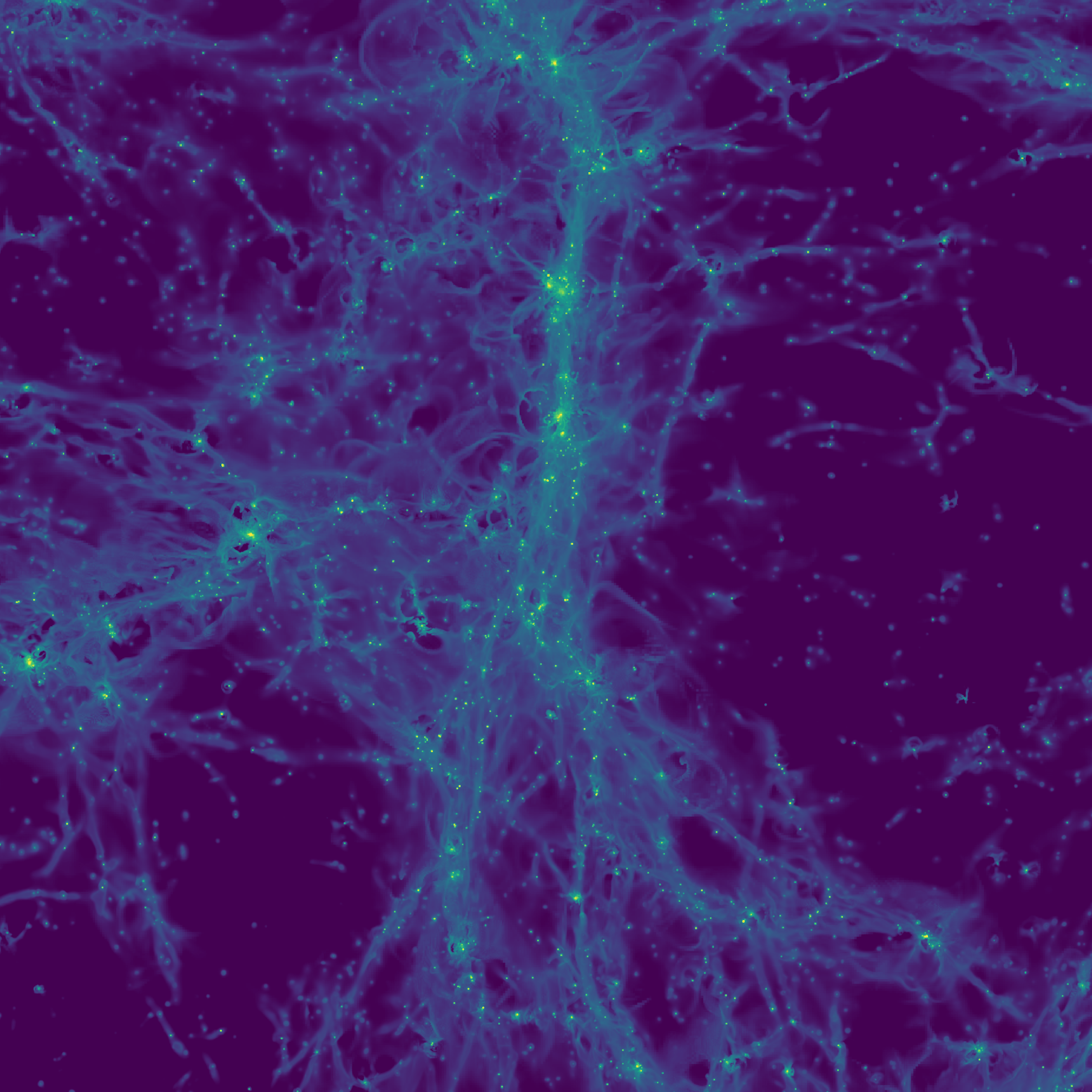 In this way, the twin discoveries of the cosmic web filaments and the multitude of hidden galaxies fed off each other: The galaxies provided the glow that made it possible to observe the the filaments that are skulking in the dark intergalactic medium, while the images of the filaments served as proof of the existence of this ancient galactic population.

The cosmic web is built from the largest structures in the universe and is the central mechanism behind the formation and distribution of galaxies. These massive threads link galaxies across billions of light years and create dense clumps of matter, called nodes, in the regions where they intersect.

Scientists have previously captured glimpses of these filaments close to quasars, which are extremely bright galactic cores. While these observations provide important clues about the structure of the universe, Bacon said they are an example of the “streetlight effect,” an anecdote about observational bias in which a person searches for their missing keys at night only under streetlights, simply because that’s where the ground is visible.

“We can indeed see, because of the light of the quasars, the first clue that the cosmic web is there,” he said. “But the point is that these quasars are located in a specific place of the cosmic web. They are in what we call the nodes, where the filaments cross, and these are very dense regions. They do not really represent where most galaxies form.”

While quasar-adjacent observations are very important, the new study is a big step forward because it demonstrates “the first detection ever” of the cosmic web “in the normal region of the intergalactic medium,” Bacon added.

In other words, to bring back the streetlight analogy, Bacon and colleagues have found a way to look for missing keys far from the glare of city lights.

Detecting the elusive glow of the filaments, without the help of radiant cosmic lanterns, presented an enormous challenge that required years of careful planning and many failed previous attempts to image the cosmic web in the gloomy stretches of intergalactic space.

To pull it off, the team eventually invested more than 140 hours of observational time, scheduled during dark New Moon phases from August 2018 to January 2019, on one of the most sophisticated astronomical tools ever built: the Multi Unit Spectroscopic Explorer (MUSE)  instrument installed on the European Southern Observatory’s Very Large Telescope in Chile.

Though the pictured filaments stretch out across a vast distance of 4.5 megaparsecs—about 150 times the diameter of our galaxy, the Milky Way—this is only a snapshot of one section of the web, and these filaments are far larger than what is captured by MUSE. 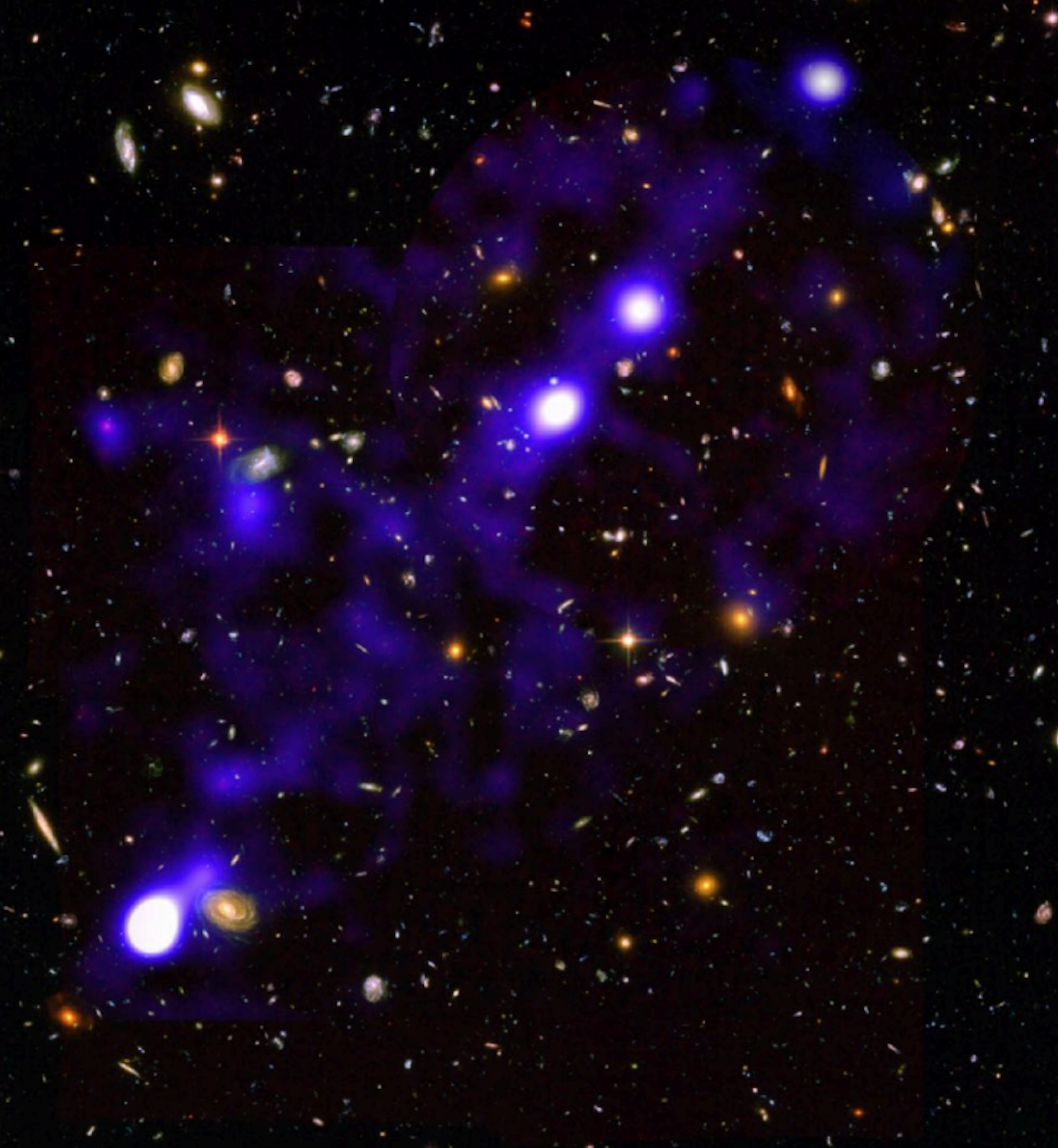 What’s more, the study’s discovery of such a large population of dwarf galaxies in the early universe could shed light on some of the biggest mysteries about this ancient era, including how the first stars and galaxies formed and lit up the cosmos with their brilliance.

“I find this very interesting because there’s numerous consequences of this population of tiny star-forming galaxies,” Bacon said.

For instance, he continued, if these galaxies are already abundant one billion years after the Big Bang, it suggests that they might be the driver of an epic earlier period known as the epoch of reionization, which occurred when the universe was a few hundred million years old.

Reionization was sparked when the first stars and galaxies burst into existence, illuminating the galaxy with energetic ionizing light and ending the so-called cosmic “dark ages.” It was the birth of the universe as we know it today, complete with dazzling galaxies filled with a variety of different star types.

“At this period, light starts coming into the universe because of new stars and galaxies, but it wasn’t known what was really the first source of reionization of the universe,” Bacon said. “Here we have a natural explanation. It needs to be confirmed, of course, but it is a really important clue and a step forward.”

The team is optimistic that they will be able to capture even more extensive and detailed pictures of the cosmic web using a host of next-generation instruments and observatories, such as NASA’s James Webb Space Telescope, ESO’s  Extremely Large Telescope, and a new version of MUSE called BlueMUSE.

“We have to look at every detail and that’s going to take some years,” Bacon concluded. “But of course, it’s very exciting.”