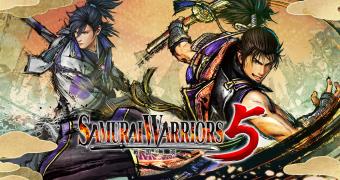 Samurai Warriors is an old franchise that traces its roots back to 2004 when developer Omega Force and publisher Koei launched the original game for Xbox and PlayStation 2. Yesterday, publisher Koei Tecmo announced the return of the franchise with a new title that will be released this summer.

The fifth major title in the series promises a fresh, re-imagining of the franchise, but not much else is known about the game yet. Samurai Warriors 5 is currently under development for the PC (via Steam), PlayStation 4, Xbox One, and Nintendo Switch, but PlayStation 5 and Xbox Series X/S owners will be able to play it too via backward compatibility.

One other piece of information revealed by Koei Tecmo is that Samurai Warriors 5 features an all-new storyline, along with revamped character designs and a stylish new visual presentation. This sounds like a new beginning for the series, as the upcoming title launches gamers into the Sengoku period, focusing on two characters: No… (read more)