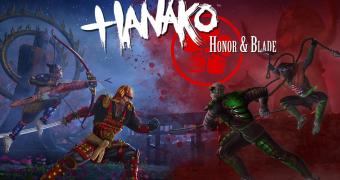 Hanako: Honor & Blade is a passion project that’s been in development for more than a decade. +Mpact Games, the studio behind the multiplayer game, has just announced that Hanako will leaved Early Access this summer.

Hanako is a love letter to those who like samurai-themed games and a symbolic tribute to the late mother of team lead, Matt Canei, an industry veteran currently at ILMxLAB. The art and lore of the experience represent an everlasting struggle of life and death, as embodied by the game’s two warrior clans.

Beyond the philosophical implications of the game’s backstory, Hanako: Honor & Blade takes players online for immersive battles in a beautiful recreation of Feudal Japan between up to 24 players.

What’s interesting about that the game is that it lets players decide the future of a nation by playing as one of four distinct warrior classes including the capable swordsman, powerful spearman, eagle-eyed archer, or nimble ninja.