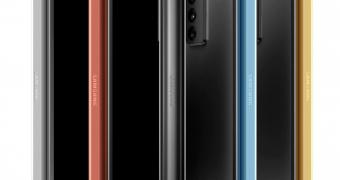 It’s January 2021, so Samsung should now accelerate its One UI 3.0 rollout, with more devices projected to receive the new update, which also bundles Android 11, in the first months of the year.

This week, it looks like the South Koreans have started shipping the update to the Galaxy Z Fold 2, with the first devices in Germany getting it as we speak.

According to reports, the new firmware version is F916BXXU1CTLL, and the update comes in a 2146 MB package that includes the January 2021 security patch.

While the Galaxy S21 is just around the corner, with the official unveiling expected to take place on January 14, Samsung is focusing more and more on foldable devices, with several new models projected to go live later this year.