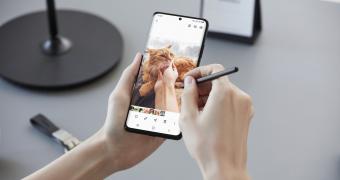 One of the biggest upgrades the Galaxy S21 lineup received is the support for the S Pen, the accessory which has until now been exclusive to the Galaxy Note series.

For Samsung, this is an upgrade that certainly makes sense, as it’s believed the company is planning to kill off this device, so bringing the S Pen to the Galaxy S21 is something that would help fill the gap if this phablet gets the ax.

Last Note in the summer

But as it turns out, Samsung actually wants to bring the S Pen to more devices in its lineup, though for the time being, no specifics have been sharing. But it’ll certainly be interesting to see if the company is exploring S Pen support on its more affordable devices, as such an approach could make the stylus a more widely adopted accessory overall.

“We are committed to innovating new mobile experiences that flow seamlessly and continuously to make our consumers’ lives easier and better. We’ve made the bold decision to expand th… (read more)