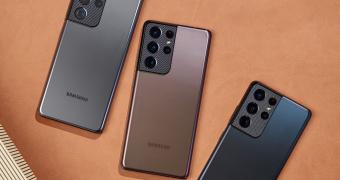 Samsung announced the Galaxy S21 earlier this week, and the company is ready to begin its marketing offensive to make sure this new model sells much better than its predecessor.

Because truth be told, the Galaxy S20 landed just at the worst time, as it went on sale in March, at the time when the entire planet was struggling to deal with the global health issue.

In other words, experiencing the Galaxy S20 was pretty difficult, and this eventually affected its sales substantially.

Samsung, therefore, wants to make sure this doesn’t happen with the Galaxy S21, so the company today published official videos to showcase the hands-on experience with the device, but also how the unboxing looks when you receive the device.

No charger in the box

One particular thing that deserves to be mentioned here concerns the unboxing, as you won’t find a charger in the box of the Galaxy S21. If this sounds familiar to you, it’s because Apple did the same thing for t… (read more)