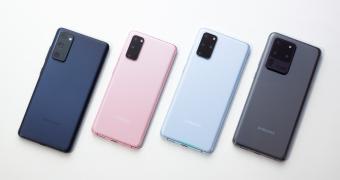 Samsung started the rollout of Android 11 earlier this month for the first wave of devices, and now it looks like the company has decided to push the One UI 3.0 update to more models.

More surprisingly, however, is that one of these new smartphones getting the Android 11 update is none other than the Galaxy S20 FE, the device that was originally scheduled to receive the new OS version in January 2021.

So Samsung has pushed the go-ahead button approximately one month earlier, and according to a read more)