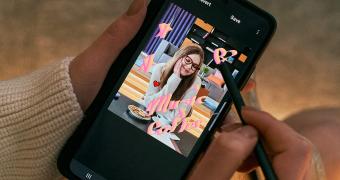 Samsung has officially unveiled the Galaxy S21 today, and just as rumored, the Ultra model comes with support for the S Pen.

A signature feature of the Note series, the S Pen making the switch to the Galaxy S lineup is believed to be the first step Samsung makes towards the complete demise of its tablet.

In other words, Samsung brings the S Pen to the Galaxy S21 Ultra because it wants to discontinue the Note lineup, so it wants to make sure it has a replacement before doing it.

Needless to say, the South Koreans haven’t said a single thing about its plans for now, and they just introduced support for the S Pen on the Galaxy S21 Ultra as one big change everybody is going to love.

“Galaxy S21 Ultra users expect the flagship smartphone experience to take creative expression and productivity to the next level. That’s why, for the first time on any S Series device, Samsung is bringing the fan favorite S Pen experien… (read more)