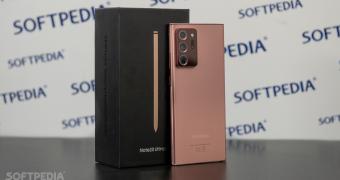 Samsung Galaxy S21 is the next big release in the mobile market, and people familiar with the matter suggested the unveiling could happen in mid-January, while the shipping would kick off later the same month.

While we’ve already learned pretty much everything about the new phone, here comes a tidbit that’s all but confirmed now: the Galaxy S21 will come without a charger and headphones in the box, so customers would just have to purchase them separately.

In other words, the Galaxy S21 box would only include the manuals and the typical papers, as well as a data cable. Each and every one of us would have to get a charger separately unless we already have one.

If this strategy sounds familiar, it’s because Apple’s already using it. The iPhone 12 was the first phone in the world to launch without a charger and headphones, so customers need to get them for an extra fee. The only exception right now i… (read more)

12 mins ago
wpDiscuz
Share this Article
Email sent!
We use cookies to ensure that we give you the best experience on our website. If you continue to use this site we will assume that you are happy with it.OkNo