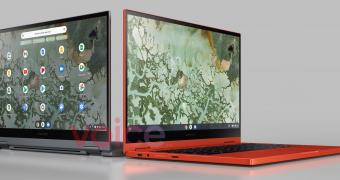 While all eyes are currently on Apple Silicon, Samsung is getting ready to bring back the Chromebook frenzy with a new product launch due in January.

And today, leakster Evan Blass provides the WWW with an early look at the new device coming from the South Koreans.

What we do know, however, is that the device comes with rearranged ports, which could signal bigger upgrades happening inside.

indeed, Blass says there’ll be a new cooler Intel chip with a built-in fan that would be in charge of putting the Chromebook at work, and this is without a doubt good news, especially because one of the biggest complaints on the existing mode… (read more)