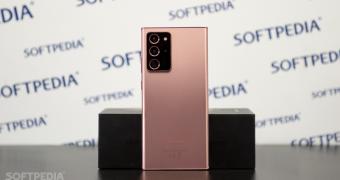 With Samsung bringing the S Pen to the Galaxy S21 Ultra and the company planning to expand this feature to more devices in the coming future, it was believed the Galaxy Note, the original model that made a big deal out of the stylus, would be retired.

And indeed, several people familiar with the matter said on multiple occasions the Galaxy Note would be retired this year, with no new model to go live in 2021.

And as it turns out, they were only partially wrong, as Samsung indeed doesn’t plan to launch a new Note this year, though the company doesn’t want to kill off this model either.

Koh Dong-jin, Samsung’s mobile chief, confirmed during the annual shareholder’s meeting that the Galaxy Note is still part of the company’s long-term plan, but a new model for 2021 is still uncertain.

And the reason is as simple as it could be: Samsung is one of the companies struggling with the lack of chips that’s now hitting not only the tech wo… (read more)