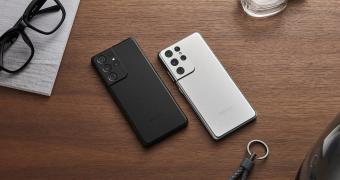 Samsung Galaxy S21 is official now, and one of the biggest changes concerns the accessories available in the box. Like the iPhone 12, the Galaxy S21 comes without a charger and earphones in the box, and in a statement today, the South Korean explains its decision.

As you could easily figure out, the reasons that led to Samsung giving up on these accessories are similar to those Apple provided when it announced the iPhone 12.

Samsung says that first and foremost, such a decision helps protect the environment because it reduces the electronic waste that its products can cause. Then, it’s a decision that makes sense because most Samsung buyers already have a charger around, and even if they don’t, they can always purchase one separately from the Samsung store.

USB-C for the win

And last but not least, the company tells SamMobile in a statement that it in… (read more)

38 mins ago
wpDiscuz
Share this Article
Email sent!
We use cookies to ensure that we give you the best experience on our website. If you continue to use this site we will assume that you are happy with it.OkNo