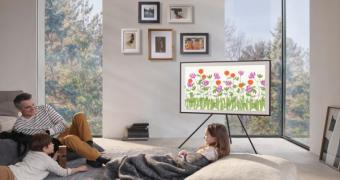 TikTok remains an Internet sensation even after the struggle that happened last year, and even though Microsoft failed to purchase the company, ByteDance still has several ongoing partnerships with other technology giants.

Including Samsung, that is, so the South Koreans have recently announced that its 2021 lineup of smart TVs would be updated with a TikTok app later this year in the United States.

Already available in Europe, the TikTok app will launch at some point in 2021 for Americans as well, and according to one report, users will be allowed to browse the content even without logging in.

Needless to say, most of the videos published on TikTok feature a portrait orientation, so Samsung has specifically worked with the Chinese company to make sure the content is properly displayed on its landscape screens.

So on a typical TV, the TikTok app would come with fill-in bars on both sides, but without a doubt, TikT… (read more)