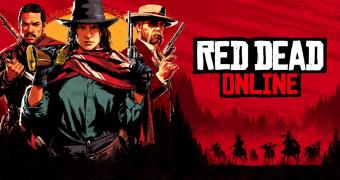 Rockstar’s Red Dead Online has evolved so much since its release that the developer has decided to launch it as a standalone game on December 1. Until then, the online experience of Red Dead comes bundled with the single-player Red Dead Redemption 2 experience, so there’s still time to pick it up until next week if you don’t want to pay extra.

Speaking of paying extra, Red Dead Online will be available from the PlayStation Store, Microsoft Store, Rockstar Games Launcher, Epic Games Store, and Steam at an introductory price of just $5, which is 75% off the regular price, until February 15, 2021.

Those who plan to pick this one up after December 1 should know that PlayStation Plus or Xbox Live Gold is required to play Red Dead Online. Also, the PlayStation 4 and Xbox One versions of Red Dead Online will be playable via backward compatibility on … (read more)

23 mins ago
wpDiscuz
Share this Article
Email sent!
We use cookies to ensure that we give you the best experience on our website. If you continue to use this site we will assume that you are happy with it.OkNo