Babuk, as the group calls itself, said on Monday that it had obtained 250GB of sensitive data after hacking the MPD network. The group’s site on the darkweb has posted dozens of images of what appear to be sensitive MPD documents. One screenshot shows a Windows directory titled Disciplinary Files. Each of the 28 files shown lists a name. A check of four of the names shows they all belong to MPD officers. 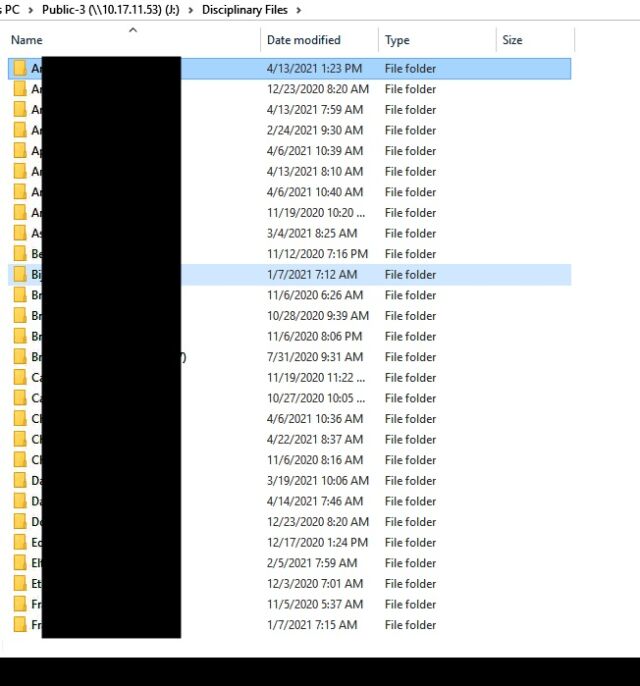 Other images appeared to show persons-of-interest names and photos, a screenshot of a folder named Gang Database, chief’s reports, lists of arrests, and a document listing the name and address of a confidential informant.