A biology professor at Temple University in Philadelphia is asking his neighbors to give him samples of their poop to help fight “gentrification and irresponsible development.”

Social media users posted the flyers, which were distributed over the weekend in a West Philadelphia neighborhood where developers are trying to build an apartment complex on what is now a pleasantly vacant lot. The flyer uses the tragic death of actor Chadwick Boseman at 43 from colon cancer last year to make its case and says that “irresponsible” construction projects “may increase germs associated with colorectal cancer.” The alarming flyer asks recipients to contribute a stool sample to assist in a research project and to “fight gentrification.”

“To fight gentrification, we are collaborating with biomedical researchers to investigate if the development would adversely affect the neighbors’ microbiota and increase the risk of developing colorectal cancer,” one page of the letter reads. “For the research purpose, could you please donate your fecal sample (a fingernail size)? All equipment needed for you to collect the fecal sample by yourself at your convenience will be provided by us.”

The flyer makes numerous dubious claims, for example that mere stress from a nearby construction project could cause cancer.

“The irresponsible demolition, excavation, and construction may expose you to many carcinogens that may cause cancer in the long run. Stress and anxiety caused by irresponsible development in our area may also change your gut microbes and increase the number of germs associated with COLORECTAL CANCER,” the flyer states.

Behind this effort is Dr. Ang Sun, a biology professor at Temple University who serves as president of West Philly United Neighbors, one of several neighborhood groups that organizes against the interests of developers attempting to build new housing in the leafy neighborhoods abutting the University of Pennsylvania and Drexel University. (Another, Protect Squirrel Hill, is focused on the proposed development in the area where Sun distributed his flyers; it did not respond immediately to a request for comment but highlights inadequate commitment to affordable units as one reason to reject the development). 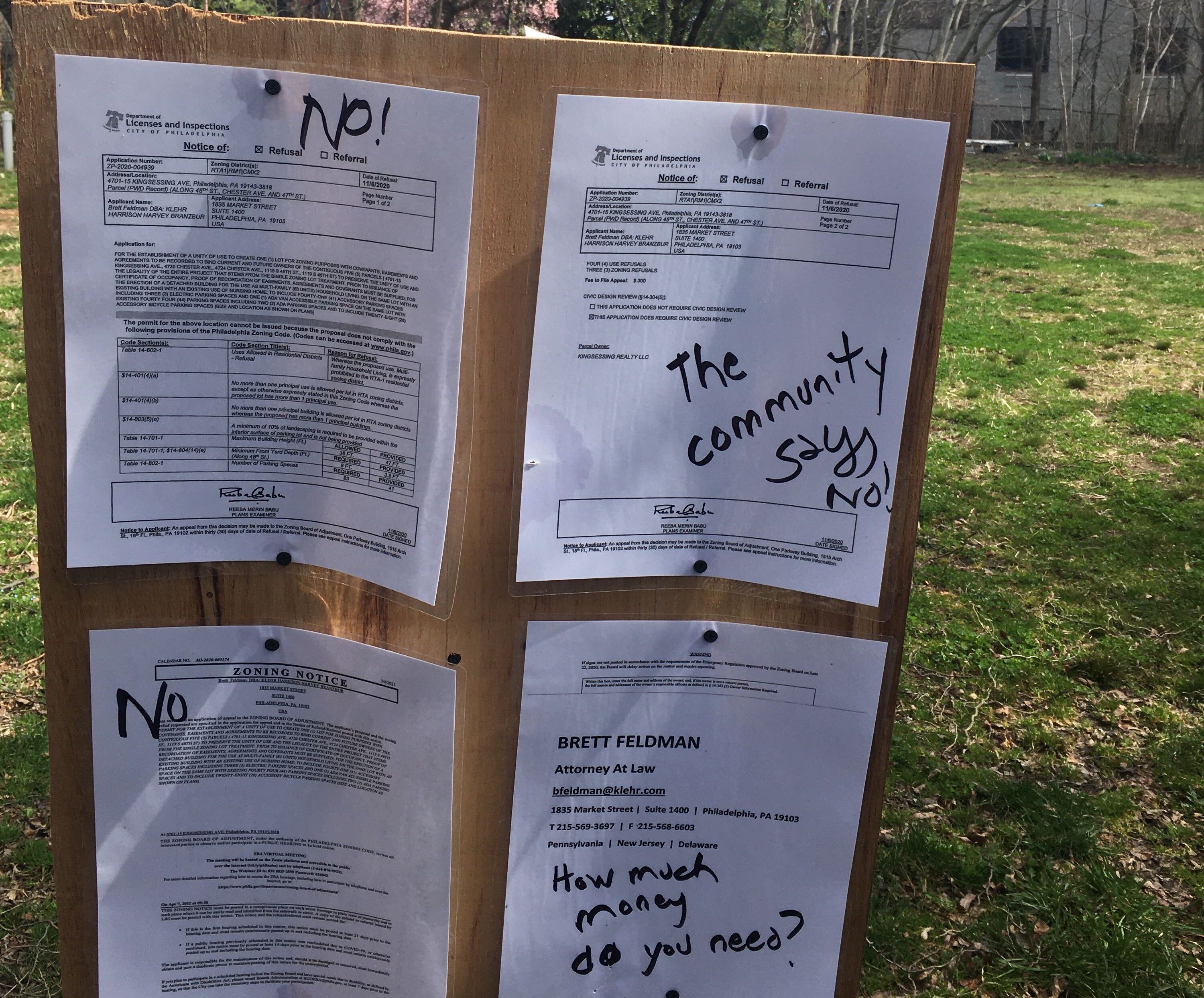 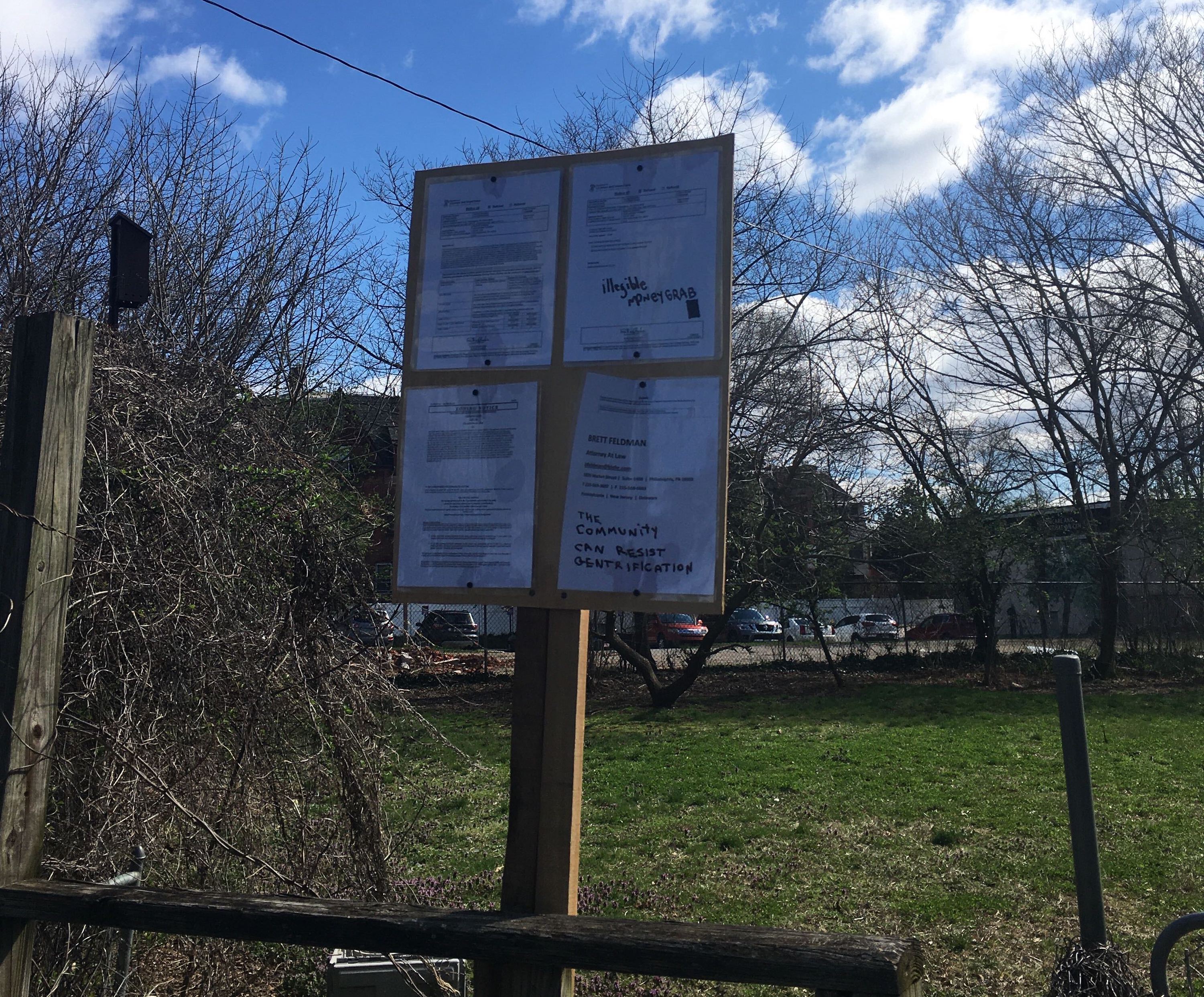 On its website, West Philly United Neighbors states its purpose is to fight gentrification by “providing affordable housing, opposing over-development, tax abatement, and upzoning.” It also features a picture of Sun speaking at a December 2019 Philadelphia City Council meeting where he introduces himself as an organizer for the group and reiterates many of the same points. The group’s website claims that it is working with biomedical researchers from Temple University funded by the National Cancer Institute on a study “investigating the bad germs associated with irresponsible development in West Philly.”

Canvassing one’s neighbors for their poop is bound to raise ethical concerns as well as eyebrows. In a statement, Temple University told Motherboard that this study was not reviewed by the university’s ethics board, which is a requirement for research involving human participants to go forward.

“Temple University has a human subjects review board, which includes faculty and community members, that is charged with ensuring the ethical conduct of human subjects research. This proposed study has not been reviewed by that board, which is a requirement,” Temple University told Motherboard in a statement. “This research cannot take place without the review and approval of Temple’s Institutional Review Board (IRB). Temple University will address this matter within the policy guidelines of the university related to the responsible conduct for research.”

The National Cancer Institute and researchers on the team did not immediately respond to Motherboard’s request for comment.

“I was not instructed to communicate with reporters for a report about the research at this stage,” Sun told Motherboard on a call. When asked about whether the study had been approved or reviewed by either Temple or the NCI, Sun repeated himself: “I was instructed to not talk about anything right now about this. Everything should go through Temple’s media relations in a month.”

Residents of the community, for their part, seemed perplexed by the request for stool samples. The occupant of one house a few doors down from the proposed development site, who declined to give her name, told a Motherboard reporter that while she had received the flyer and knew who was behind it—a Temple professor committed to fighting gentrification with all the means at hand—she didn’t know enough about the fecal-collection project to offer an opinion on it. An administrator at a local nursing home had heard nothing about it and seemed baffled.

On its website, West Philly United Neighbors states its purpose is to fight gentrification by “providing affordable housing, opposing over-development, tax abatement, and upzoning.” It also features a picture of Sun speaking at a December 2019 Philadelphia City Council meeting where he introduces himself as an organizer for the group and reiterates many of the same points.

Sun declined to answer questions about this specific experiment and instead said he needed permission to speak to the media about the flyers. Sun, however, did speak to us about what he claimed was “misinformation” about him.

Translating the Penn Drexel LLC website yields sections stating that the company began with “a small set of apartment buildings” but now manages “residential and commercial high rises” downtown, as well as “everything from leasing and property management to legal support.” The website claims the company has a team of architects who’ve created “award-winning designs,” though the website’s projects section only has one renovation listed in Philadelphia dated around 2016.

It’s unclear what Wansheng Group is (it is the name of a textile manufacturer in China, for example), but regardless Penn Drexel Housing LLC was registered in Philadelphia by someone out of state. Motherboard requested documents behind the business registration of Penn Drexel Housing LLC from Philadelphia, which revealed it was registered in the state by an incorporation agent living in Houston, Texas named Maria Siha.

When presented with the evidence that he is connected to these organizations, Sun insisted that it was a grand conspiracy against him led by developers going back at least 10 years.

“I am not sure who told you the misinformation about Penn Drexel Housing, I have to make it clear that I am not doing the business you claimed. I guess some developers or gentrifiers were trying to stain my image,” Sun told Motherboard in a text message. “Please don’t include the misinformation. Indeed, I was talking with community members to set up affordable housing models, but we have not yet set up these models (it certainly needs support from federal, state, city and community levels).”

Sun said that UpRisingSun is  “another false claimed thing” and added that he doesn’t have any properties in downtown and that “there are people trying to target me by claiming something that I don’t have.”

“I was told by other people there are plenty of conspiracy theories floating around,” he said. “I know what I did angered many developers and gentrifiers and I know some of them were posting my phone numbers and address online.”

Motherboard could not find any instances where Sun’s phone number or address were posted online, except in connection to West Philly United Neighbours, Penn Drexel LLC, and his work at Temple University. When asked if he could provide any examples, the professor said that it was impossible. “I don’t have the access to my Facebook account and can’t provide you any evidence. In the years past, my organization (before we officially registered the organization, we used other names) fought with many developers including the largest one in the city.”

“I believe the YIMBYers were backed by some dark money,” he said. “They can do a lot of things. If they can’t win the support from the majority of the community, they will try all they can.”

The community seems, at best, mostly confused by the effort. An area resident named Lauren, while sympathizing with the idea that the development could have real environmental impacts, struggled to understand the immediate utility of a study connecting construction to colorectal cancer.

She would not, she said, be willing to submit a sample.

This is Intel’s plan to dominate driverless car technology

If you haven’t been paying attention, Nvidia is no longer a gaming company