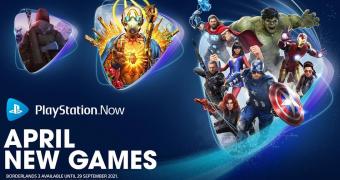 Besides the two popular titles, PlayStation Now subscribers will also receive The Long Dark in April. All three games will join the PlayStation Now catalog starting tomorrow, April 6, but they will be available for a limited time.

For example, Marvel’s Avengers will only be part of the PlayStation Now subscription service until July 5, 2021, while Borderlands 3 can only be played until September 29, 2021. The Long Dark doesn’t have a limited availability date, so it probably hasn’t been decided or you’ll be able to play it for a very long time (like forever?).