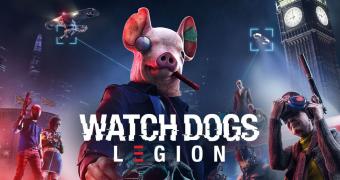 Ubisoft is making Watch Dogs: Legion free over the weekend, the French developer announced today. Players will be able to try out the game for several days, but they won’t get to keep it. Still, Watch Dogs: Legion can be played for free from March 25 to March 29 on all platforms, including PC, Xbox One, Xbox Series X/S, PlayStation 4, and PlayStation 5. Those considering the free trial should be able to pre-load beginning tomorrow March 24.

There will be some restrictions, as players will only be able to discover the game’s storyline up to the Skye Larsen mission. Other than that, there don’t seem to be any locked content, as Ubisoft confirmed every character in near-future London will be available to recruit and play as during the Free Trial Weekend in both single-player and online modes.

Also, players will be able to check out all of the open-world activities such as playing darts at the local pub and participating in bare-knuckle fights, as well as explore half … (read more)