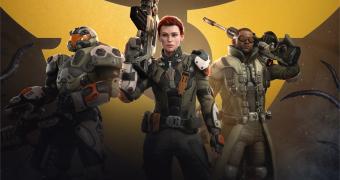 I have three flyers with three full teams of soldiers, two A teams, and one still developing B team. I also have a map full of locations to travel to. Do I stop the mutated creatures attacking humanity havens? Do I gain favor with factions by working for them? Do I tackle one of the harder story missions? Do I launch a daring raid to get some resources I lack? Or do I simply try to explore some of the places I know nothing about? And once I assign my three teams do I play it safe, conserving lives and ammo, or do I go all out to achieve objectives, even if that means taking losses?

Phoenix Point: Year One Edition is a strategy and tactics title developed by Snapshot Games, headed by Julian Gollop. The game is a spiritual successor to the original X-COM, that he created, and is a direct competitor to the new XCOM series from Firaxis.

As the name implies this is an updated version of the title that arrived as an Epic Games exclusive in 2019. It includes quite a few p… (read more)