Space enthusiasts are still basking in the afterglow of the thrilling landing of NASA’s Perseverance rover on Mars. Following the successful arrivals of the first Emirati and Chinese spacecraft in Martian orbit, last month NASA pulled off a complex and nail-biting string of maneuvers that delivered its largest-ever Mars rover to Jezero Crater, which was filled with water more than three billion years ago.

Now, satellites orbiting Mars are catching glimpses of the rover as it does its thing on the alien surface.

A European-Russian orbiter that arrived at Mars in 2016 captured a captivating snapshot of Perseverance’s new digs from space last week. The ExoMars Trace Gas Orbiter (TGO), a collaboration between the European Space Agency and the Russian space organization Roscosmos, released a space-down view of Jezero Crater on Thursday that pinpoints the location of Perseverance. 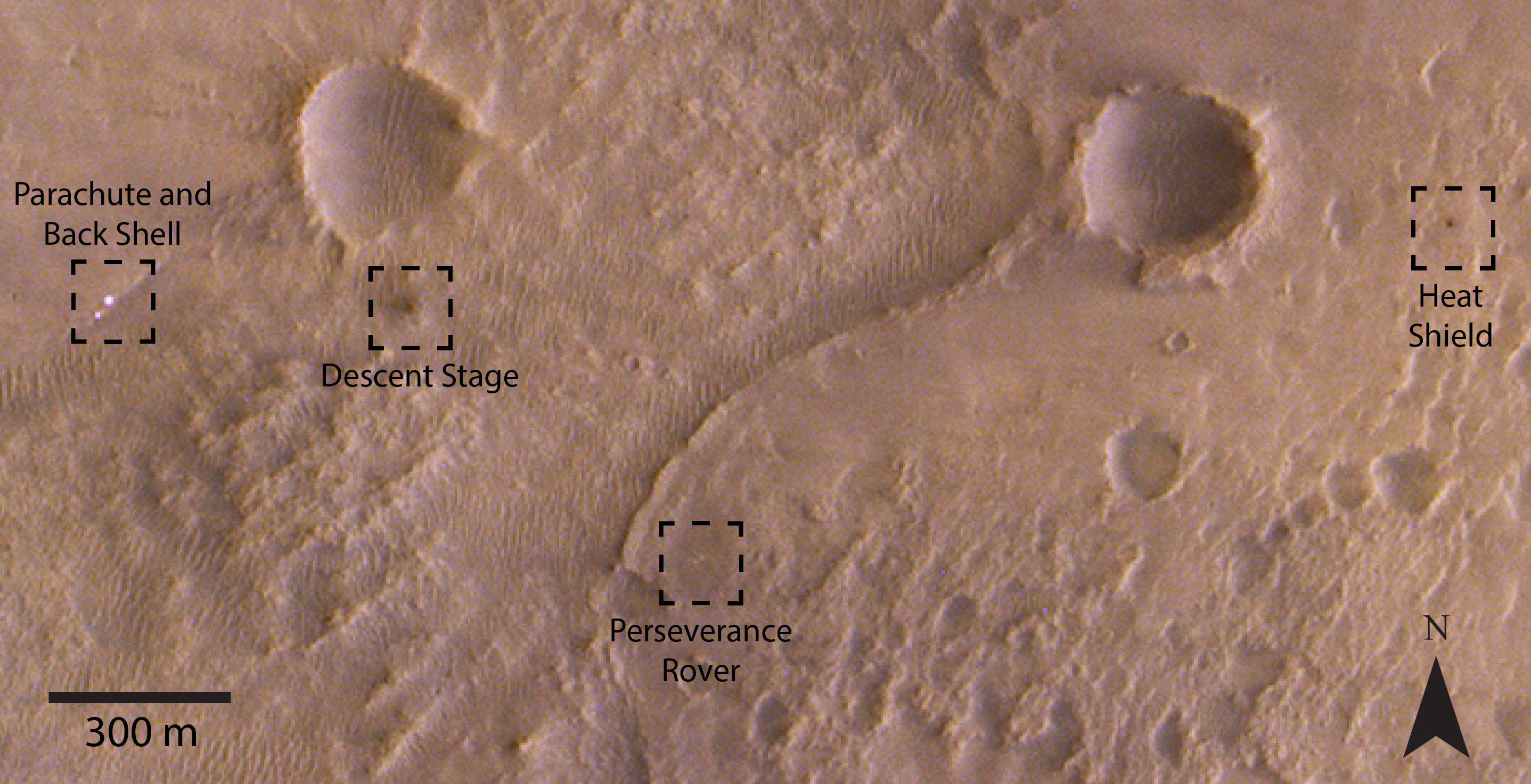 In addition to showing where the rover landed, the TGO picture also maps out the final resting place of three components that were discarded during the descent to Mars: a heat shield, back shell, and descent vehicle.

The shot was captured with the TGO’s Colour and Stereo Surface Imaging System (CaSSIS), which has a high resolution of 4.5 meters per pixel.

NASA also released a similar shot of Perseverance and its landing components last week, taken with the High Resolution Imaging Experiment (HiRISE), another high-resolution camera that is onboard its Mars Reconnaissance Orbiter. 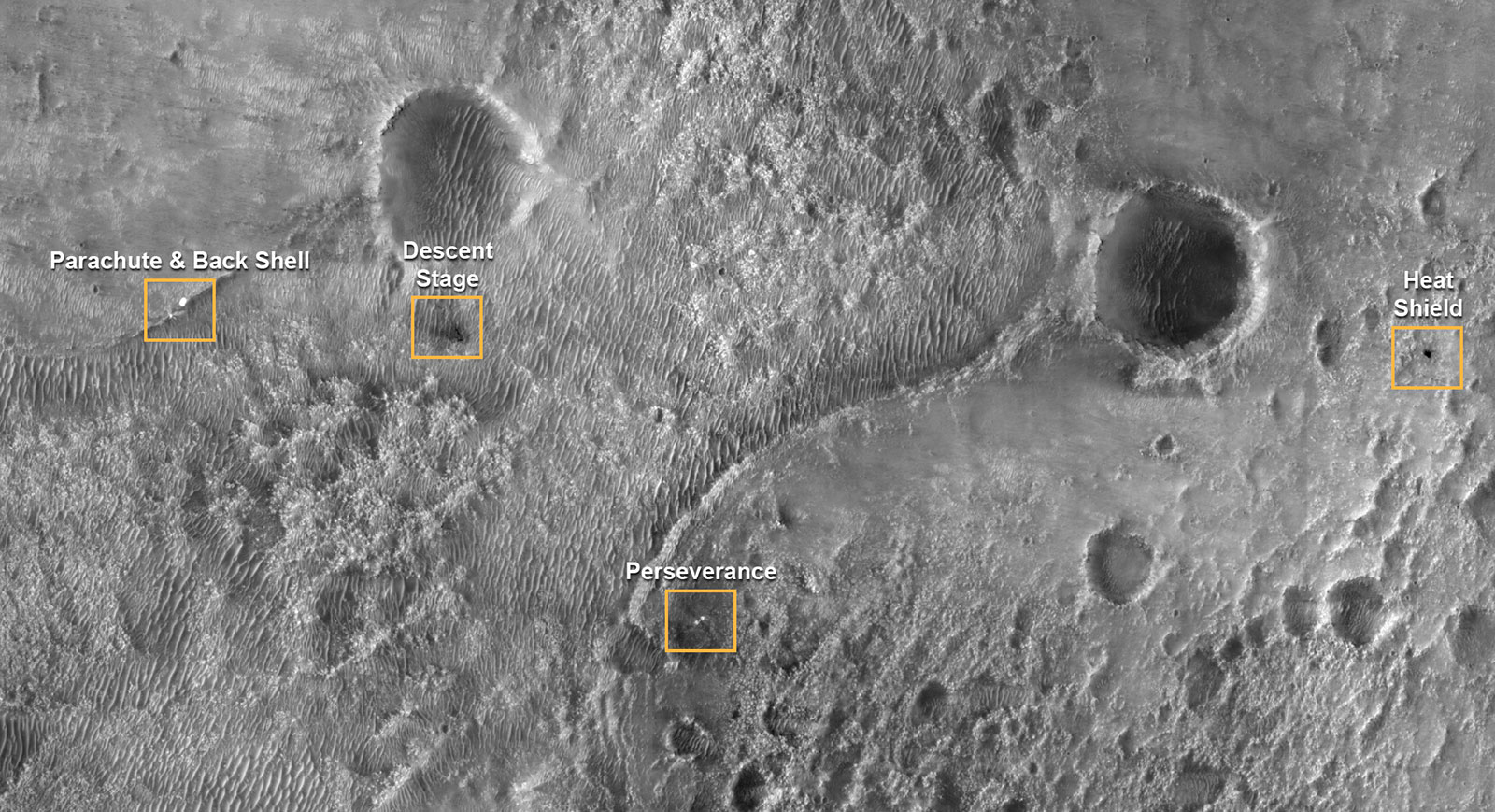 If you’d prefer to see Perseverance’s own surface view of its new home, check out this interactive 360-degree panorama of its landing site.

The TGO initially arrived in Martian orbit five years ago as the first iteration of the European-Russian ExoMars mission series. It carried a lander called Schiaparelli, which unfortunately crashed on the surface of Mars in October 2016 due to a software glitch, underscoring the immense difficulty of Martian surface missions.

In June 2023, the ExoMars team plans to attempt this challenging feat again by landing its first rover on Mars, a vehicle named after British chemist Rosalind Franklin, which will be delivered by a Russian lander named Kazachok, or “Little Cossack.”

China’s Tianwen-1 mission, which entered Martian orbit in February, also carries a rover that the nation will try to land on Mars in May. If China successfully sticks this landing, it will become only the second nation ever to operate a surface mission on Mars.

So while NASA robots currently dominate the surface of Mars—the agency has nailed nine out of ten of its attempted landings—the Martian terrain may soon host a more international mix of explorers.