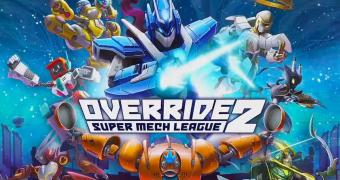 A huge mech with a big spear in his hand is a sight to behold. It becomes even more awesome when it glows golden and launches into a complex and destructive ultimate attack. The sight awakens something deep in the core of science fiction and gaming fans, an urge to stomp, destroy, unleash impressive moves. Override2: Super Mech League tries to give fans these kinds of feelings but fails because there’s no community to keep it relevant, despite the good mechanics.

The game is built around mech combat mechanics and is created and published by Modus Studios. It can be played on the Xbox Series X and S, the PlayStation 4, the older generation from Microsoft and Sony, the Nintendo Switch, and the PC.

The core elements are easy to understand. Gamers control a giant robot with a wide array of attacks, all of them employed to win fights. Light and heavy punches and kicks are available to all featured mechs, as are blocks, jumps, and throws. Mixing and matching them will le… (read more)