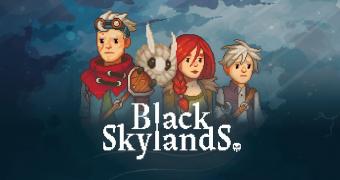 Black Skylands claims to be the first game in the skypunk genre that mixes elements of open-world, sandbox, top-down shooter, and action-adventure. That in itself is no small feat, so if all these gameplay mechanics work seamlessly to offer an engaging experience, then we might have a winner here.

But you don’t have to trust what developers are saying because Black Skylands is now available to test for free via Steam. Although Black Skylands will be coming out in Early Access very soon, players who want to try it out before that can do so thanks to the free playtest event that lasts until April 30.

Keep in mind that the playtest does have some bugs, but at least it will give players an idea of what to expect from Black Skylands when it launches on Steam Early Access in the coming weeks. We’re not sure if there are limitations to the playtest version of the game, but we’re certain that you’ll be allowed to experience most of the Black Skylands’ gameplay mechanics.