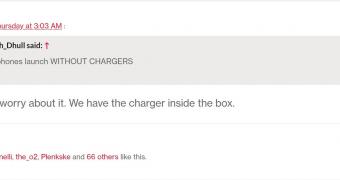 Apple is known as a trend-setter, but in some cases, the changes the company has pioneered eventually became an industry standard that everybody embraced.

Look no further than the iPhone 7, the first Apple smartphone that gave up on the headphone jack, only for more companies to follow in the company’s footsteps with a similar change on their devices too.

The notch, which debuted on the iPhone X back in 2017, is another controversial idea that many hated at first but which almost everybody ended up using at some point. Even Samsung, the company that made a really big deal out of the shortcomings of using a notch, brought this feature to some of its smartphones.

Last fall, Apple officially launched the iPhone 12, and this time the unexpected change was the removal of a charger from the box. Needless to say, everybody knew it was just a matter of time until everybody else started doing the same thing, so now other phone makers are also shipping new smartphones witho… (read more)