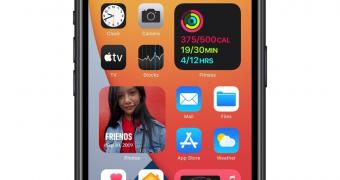 Apple launched iOS 14.4 last week, and now the company has already blocked the downgrade to version 14.3.

In other words, if you installed the new iOS update on your iPhone, that’s where you’ll be for a while because the Cupertino-based tech giant no longer signs iOS 14.3. What this means is that you can’t downgrade to the previous version, so if there’s anything you don’t like about iOS 14.4, well, we’re sorry but there’s nothing you can do about it.

In the meantime, Apple has also shipped the first iOS 14.5 beta build to testers, so the company is working on several fronts at the same time, all with the purpose of refining the experience in the current stable builds but also to prepare new features in advance.

Why would anyone want to downgrade?

I know what you’re thinking. Why would anyone want to go back to an older version of iOS? The reason is as simple as it could: you might either come across issues in the latest update, in which case goi… (read more)