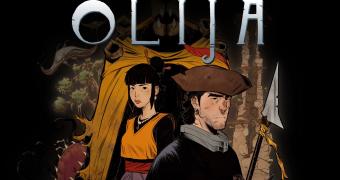 I throw a harpoon over an otherwise impassable pit filled with water. Then use its magical power to teleport to the other side before dealing with an archer at range by using the same harpoon. Finally, I take down two very close and threatening enemies, using a cool combo move, with a sword. I then spend some time smashing crates for resources. I wonder where the next passage that I missed might be and how the harpoon will once again serve me well to get to a new area.

Olija is an action platformer developed by Thomas Olsson from Skeleton Crew and published by Devolver Digital. I played it on the PC but it is also available on the PlayStation 4, the Xbox One, and the Nintendo Switch. The game mixes exploration and combat well, asking the player to move through levels to map out a new world, take out enemies and collect loot that can power even more discovery. The mechanics are in many ways a throwback to older titles but with a very modern emphasis on precision.