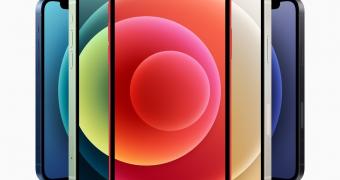 Apple is planning several new iPhones this year, including not only a larger SE that could see the daylight as soon as this spring, but also the new-generation 2021 lineup.

Referred to by many as iPhone 13, the device could end up being called iPhone 12S, as Apple sees it as an upgrade to the existing model and not necessarily an entirely new product.

At some level, this makes sense, and it’s an approach that Apple has used before on so many devices.

But on the other hand, Jon Prosser says in this Front Page Tech YouTube podcast that Apple has another reason to call the upcoming device iPhone 12S: superstition.

By the looks of things, Tim Cook and the other executives aren’t necessarily big fans of the number 13, so they take into account skipping the iPhone 13 entirely. In other words, not only that the iPhone 13 won’t launch this year, but there’s a chance it won’t launch at all.

In other words, while the iPhone 12S c… (read more)