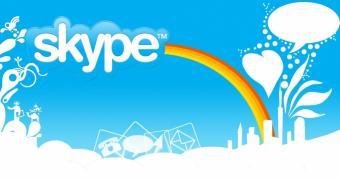 Microsoft has released a new preview build of Skype for insiders, and the changelog includes some pretty cool improvements that users are going to love.

First and foremost, after installing this new update, the version of Skype is increased to 8.69, and Microsoft says the most prominent change is the addition of the last message avatar.

In other words, you’ll see the avatar of whoever sent the last icon in a group chat, so it’ll be easier to figure out who said what with just a quick glance.
Introducing the last message avatar in a small circle over the group chat icon so you can easily see who wrote the last message. If you would like to turn it on/off, just go to the appearance settings,” Microsoft explains.

Those running Skype on iOS are getting two different improvements, including refinements for iOS 13 notifications (keep in mind that iOS 14 is the latest version of the operating system, but iOS 13 is the one that changed the notification design on iPhone), … (read more)

Post Malone Released A Cover Of “Only Wanna Be With You” For Pokemon Anniversary, And It’s Really Good