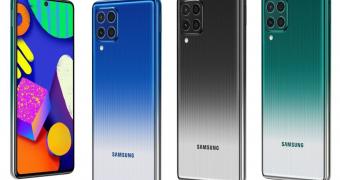 Samsung has officially announced the Galaxy F62, a new smartphone specifically aimed at the Indian market and which comes with a gigantic battery taking everyone by surprise.

The device packs a 6.7-inch FHD+ Super AMOLED Plus display and is powered by an Exynos 9825 chip paired with either 6GB or 8GB of RAM. For storage, buyers get 128GB built in, but a microSD card slot is also offered for an extra of up to 1TB of storage…. (read more)