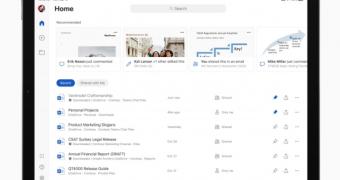 Microsoft has officially launched the new Office app, which brings all productivity tools under one roof, on the iPad.

Word, Excel, and PowerPoint are now available for iPad users in just a single app, so they no longer have to download them separately on their tablets.

This is a change that makes more sense not only for users, but for Microsoft too, as it’s easier to keep app up-to-date and therefore offer a more straightforward experience to everybody.

“We’re combining the Word, Excel, and PowerPoint apps you know into a single, iPadOS-optimized app. Plus, you’ll see additional tools to keep you more productive than ever. For example, you’ll be able to quickly create and sign PDFs, and transform pictures into documents,” Microsoft explains in the official release notes of the new Office app.

The version that brings all apps under one roof is Office 2.46, and it is available in the App Store.