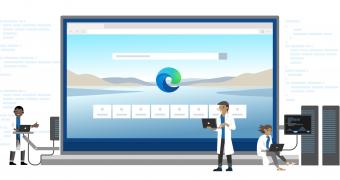 Microsoft has recently released a new Dev update for Microsoft Edge, and this time the new build includes some changes for Linux too.

At this point, Linux is the only major desktop platform where Microsoft Edge is yet to get a stable version, but it’s believed Microsoft would ship it by the end of the year.

In the meantime, however, the company is working around the clock on polishing the experience on Linux, and Microsoft Edge Dev build 91.0.838.3 enables the sign-in and sync for personal Microsoft accounts by default when the browser is installed on Linux.

The feature was originally announced last week, and it’s now part of the latest Dev build for Linux.

In addition, the new Dev update comes with two new options for the PDF mini menu, namely search and define a word you highlight in a document, while users can now control whether they want the Sleep Tabs to appear faded in the browser too.

There are also PW… (read more)