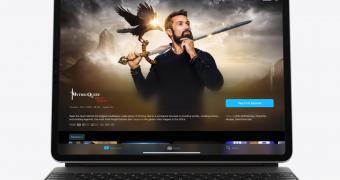 Apple has recently shipped a new iOS 14.5 beta build to developers, and while no big changes are visible at first, some important tidbits are hiding under the hood.

More specifically, 9to5mac has discovered that this fifth beta build of iOS 14.5 mentions a chip called 13G, which at this point, is not known to be used on any device already on the market.

Most likely, however, this is the A14X processor that will power the upcoming iPad Pro and which according to information that’s been making the rounds lately, could be announced as soon as April. If this accurate, then the device could hit the shelves by the end of the next month.

The most important tidbit concerns the performance of this new chip. The A14X is said to offer performance figures on par with Apple’s M1 processor announced last fall. And we all know how much… (read more)