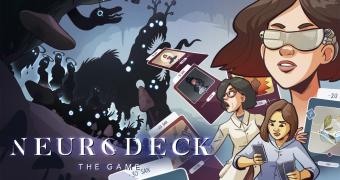 Agoraphobia is hard to fight. It wears one down and makes it hard to act. It blocks cards and deals damage over time. It can defeat a player who fails to move quickly and lacks the cards to boost his stamina when needed. But I have some good cleaning cards and slices of pizza in my hand and I know I can defeat it. A real-world phobia powers a good gameplay moment in the new Neurodeck.

The title was created by TavroxGames and published by Goblinz Publishing via Steam. The game is expected to arrive on the Nintendo Switch as well and mixes deck-building mechanics with light role-playing and a focus on good information.

A run is mostly focused on combat events. The player faces off against a particular phobia, each with its set of powers and tactical approaches. Cards are drawn from a deck and stamina governs their use. Sanity represents health, which can be quickly drained by enemies as their abilities develop. A character has three actions each turn (sometimes more,… (read more)