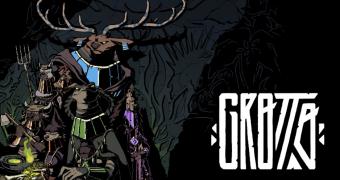 Grotto is the name of the game coming from developer Brainwash Gang, the same studio that recently announced the upcoming release of Nongunz: Doppelganger Edition. The Madrid-based developer is also responsible for The Longest Road on Earth, a life-simulation game that should be out sometime in 2021.

As expected, Grotto is a fantasy narrative game with a focus on choices. The game will be launched for PC, Nintendo Switch, PlayStation 4, and Xbox One in the second half of the year. In Grotto, players take the role of the Soothsayer, a mysterious hermit who resides in the titular cave and is called upon to read the stars and provide counsel to a primitive tribe.

“Some of us have a genuine interest in divination and have tried different techniques over the years. We like the idea of people’s lives being influenced by something as abstract as the interpretation of the stars. With Grotto, we hope players will become aware that the extraordinary powers of the protago… (read more)