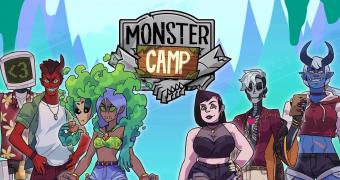 A sentient robot and a world-saving witch are locked in a verbal battle, arguing about the best way to make the campfire they’re standing around safer. A firewall is proposed, as is a series of safety courses. The choice might decide who ends up with who at the end of summer. That’s just one of the many scenarios and choices featured in Monster Prom 2: Monster Camp.

The new release is a dating game created by Beautiful Glitch, one of the multiple planned sequels to the 2018 original. Players have the chance to explore summer in a stereotypical camp with a twist (the monsters), trying to make sure that their favorite character joins them for a meteor shower (and presumably some other romantic activities).

A short intro sequence allows gamers to choose their own character, including name and pronouns, and then pops-up a question that determines which of the six monster p… (read more)