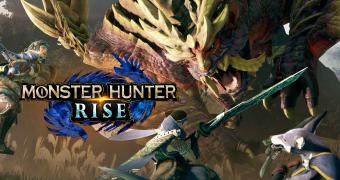 Each Monster Hunter iteration brought new gameplay mechanics to the series and, ultimately, refined the experience to make it not just more fun, but also easier to pick up. The latest entry in the franchise, Monster Hunter Rise does exactly what Monster Hunter World and Iceborne did for the previous titles: it elevates the monster-hunting action to new heights.

For newcomers to the series, the amount of information you’re presented with during the first few hours of Monster Hunter Rise can be a bit overwhelming, but doing exactly what the tutorials advise you to do can make the transition much easier. While veterans of the franchise won’t have any issues jumping directly into their first hunt, I’d strongly recommend visiting the training area first to get used to the chosen weapon.

Monster Hunter Rise introduces a new companion that will help you during your hunts, so besides the “traditional” palico, you will now be able to take a Palamute with you. These are cani… (read more)