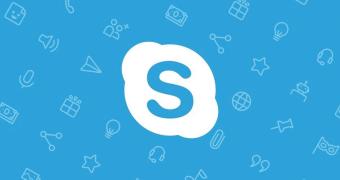 Microsoft’s Skype went down earlier today, with calls to mobiles and landlines, contact management, and other features of the app no longer available to users across the world for nearly one hour.

Microsoft says in a post on its Skype status page that users were unable to sign in to Skype, send messages, and share media no matter the platform they used.

In other words, the Skype outage occurred on all platforms, including both mobile and desktop. At the same time, Skype was down on the web and Xbox One, so no matter which way you used to connect to Skype, nothing worked for nearly one hour.

Everything is working normally now

According to Microsoft’s own stats, the service went down at 03:10 PM earlier today and the company managed to restore Skype at 04:25 PM, so users couldn’t connect for approximately one hour.

“Some users might be experiencing problems when calling mobiles and landlines from Skype. Unexpected call drops might also occur. Some… (read more)

Anti-Piracy Group: Copyright Trolling is a “Stain On The Fight Against Illegal Content”