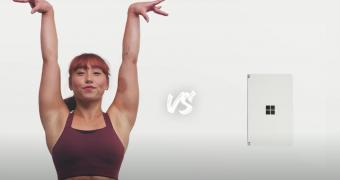 Microsoft keeps investing in its marketing push for the Surface Duo, especially as the company is getting ready to launch the device in more markets.

The company announced last year the Surface Duo would go live in more markets across the world in early 2021, all based on customer feedback after the device originally launched in the United States alone.

The Duo is set to launch in Canada, the United Kingdom, France, and Germany in the coming months, though for now, no specifics on the international debut of the device have been shared.

“There is incredible potential in this new device category to push the boundaries of productivity and creativity on a mobile device. We find inspiration in all the ways Surface Duo has sparked the imaginations of our customers… (read more)