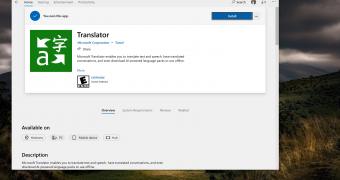 Microsoft has recently announced the addition of 9 new languages to its translator service, thus bringing the total count to no less than 83 languages.

Microsoft’s translation engine powers not only the dedicated app created for mobile devices and Windows, but also other services in Microsoft products, including in Office.

“These languages are available now in the Microsoft Translator apps, Office, and Translator for Bing to translate text to or from any of the 83 languages. To add text translation to your own applications, websites, tools, or any solution requiring multi-language support you can use Translator, an Azure Cognitive Service. You can also use Azure Cognitive Services Speech to get speech-to-text translations into these nine languages,” Microsoft explains.

The language that’ve been added this week are the following: Albanian, Amharic, Armenian, Azerbaijani, Khmer, Lao, Myanmar, Nepali, and Tigrinya.

“With the addition of these nine new languages, Mic… (read more)