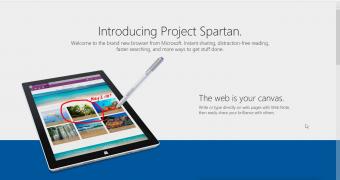 Microsoft is working non-stop on improving the Chromium-powered Microsoft Edge browser, not only on Windows, but also on Linux, and macOS, but in the meantime, the company is also getting ready for a big change concerning Windows 10.

Next week, Microsoft will officially retire the legacy version of Microsoft Edge, as the company prepares to focus exclusively on the Chromium replacement going forward.

So on March 9, Microsoft Edge Legacy will receive its last security update ever, with the April Patch Tuesday to include improvements only for the Chromium browser.

“To replace this out of support application, we are announcing that the new Microsoft Edge will be available as part of the Windows 10 cumulative monthly security update—otherwise referred to as the Update Tuesday (or “B”) release—on April 13, 2021,” Microsoft announced.

“When you apply this update to your devices, the out of support Microsoft Edge Legacy desktop application will be removed and the new Mi… (read more)