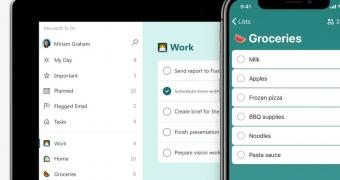 Microsoft To Do has recently received an update that introduces a new operating system requirement on the iPhone.

Users would need to be running at least iOS 13 on their devices, as otherwise iOS 12 and older are no longer supported. So if your iPhone is still running an older operating system, you can either update to get the latest version of To Do or just continue to use the existing release until it no longer works.

But of course, the better option is to just get the latest iOS update, as this way you’re not missing on anything and you can still get new features in the app.

iOS 14 and what’s coming next

And of course, there’s no reason not to update to iOS 14, especially now that Apple is preparing to roll out another major update.

iOS 14.5 is projected to go live as soon as this month with massive improvements, including support for unlocking an iPhone with an Apple Watch. In other words, even if you’re wearing a mask, so you can’t unlock t… (read more)