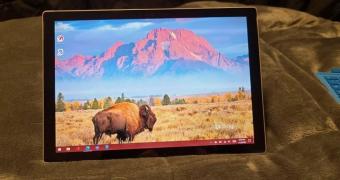 Microsoft is likely to launch the Surface Pro 8 earlier than anticipated, with several European retailers reportedly listing the device already.

According to a report from German site WinFuture, the Surface Pro 8 will be offered with either Intel Core i5 or i7 chips, though the first will also get an LTE variant.

By the looks of things, Microsoft isn’t planning an LTE version of the Surface Pro 8 with an i7 processor.

On the other hand, the Surface Pro 8 with an Intel Core i7 chip will be offered with 16GB RAM and 3 different storage choices, namely 256GB, 512GB, and 1TB. The top-of-the-range model will sport 32GB of RAM and 1TB of storage and is expected to cost in Europe more than 3,000 Eu… (read more)