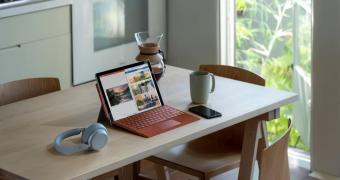 Microsoft recently announced the debut of Microsoft Surface Pro 7+, but the latest model for consumers continues to be the standard Pro 7, so new firmware updates obviously come in handy for a big number of users.

The Redmond-based software giant has recently shipped the very first firmware update of the year for the Surface Pro 7, this time with the focus on security and stability.

While you can check out the full changelog in the box after the jump, worth highlighting are the new Surface Integration Service Device drivers that also resolve a fatal BSOD happening on some devices. As a result, customers previously encountering bugchecks on their Surface Pro 7 devices are recommended to install the new firmware update as soon as possible.

Worth knowing, however, is the Surface firmware updates are shipped in stages, so it could take a while until they show up in Windows Update on your device.

Furthermore, they require at … (read more)