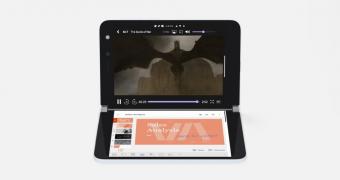 Surface Duo is Microsoft’s big bet in the Android smartphone market, and while the company is investing heavily in the dual-screen form factor, it’s also working around the clock to further refine the software experience with the app.

So most recently, Microsoft Launcher for Surface Duo has received a bunch of improvements that enhance certainly capabilities on this dual-screen model.

The new update builds on the existing app groups and allows users to launch two Edge apps or web links at the same time on the Surface Duo, so theoretically, if you have two different websites that you always want to load together, you can now do this on the Surface Duo.

There are also other fixes under the hood and further refinements, so overall, this new launcher update polishes the experience with Microsoft’s Surface Duo.

Making sure everything is working as planned is quite a priority for Microsoft right now, as the company is now gett… (read more)