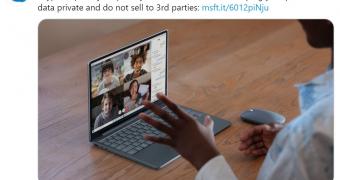 The update WhatsApp has been forced to implement on iOS has caused quite a controversy out there, as the Facebook-owned company had no other option than to admit it shares user data with the social network.

This has caused an en-masse migration from WhatsApp to other messaging platforms out there, and needless to say, Microsoft too wants to benefit from this disappointment some users expressed in the Facebook-owned service.

So what the company did was take to Twitter to highlight its focus on user privacy, emphasizing the personal data of its users isn’t sold to other parties.

“Skype respects your privacy. We are committed to keeping your personal data private and do not sell to 3rd parties,” Microsoft says in a tweet.