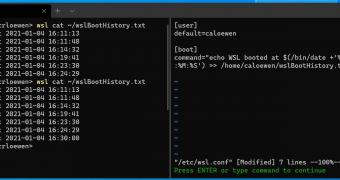 Microsoft has released a new Windows 10 preview build for Windows insiders, and this time the changelog includes several new features that people are going to love.

Windows 10 build 21286 is live in the Dev channel, and it introduces a news and interests screen on the taskbar, a new UI that provides users with easy access to headlines for the selected categories.

In addition, Microsoft has introduced a modernized Storage Spaces settings screen, as well as options to run commands on startup in the Windows Subsystem for Linux (also known as WSL).

“We have added an option that allows you to run any specified Linux command on startup of a WSL distribution. You can accompl… (read more)

Hitman 3 Mendoza Assassination Guide: How To Unlock Every Challenge

Hitman 3 Carpathian Mountains Assassination Guide: How To Unlock Every Challenge

28 mins ago
wpDiscuz
Share this Article
Email sent!
We use cookies to ensure that we give you the best experience on our website. If you continue to use this site we will assume that you are happy with it.OkNo