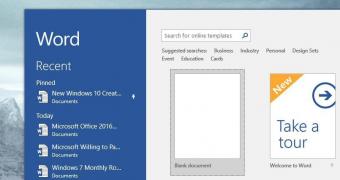 Microsoft has released a new Office Insider update for iOS users, bringing the app to version 2.47 and previewing features that are supposed to launch for the production channel as soon as this month.

There are three major improvements for Office users this time, and it all starts with Microsoft Word.

Beginning with this release, the dictation feature available in Microsoft Word is offered in more languages, with Microsoft says it’s working on adding even more in the coming updates.

All Office apps under the same roof

Word, Excel, and PowerPoint now come with iPad goodies as well, as a new context me… (read more)